History Talks: The Battle of Clonmult

This event has passed. 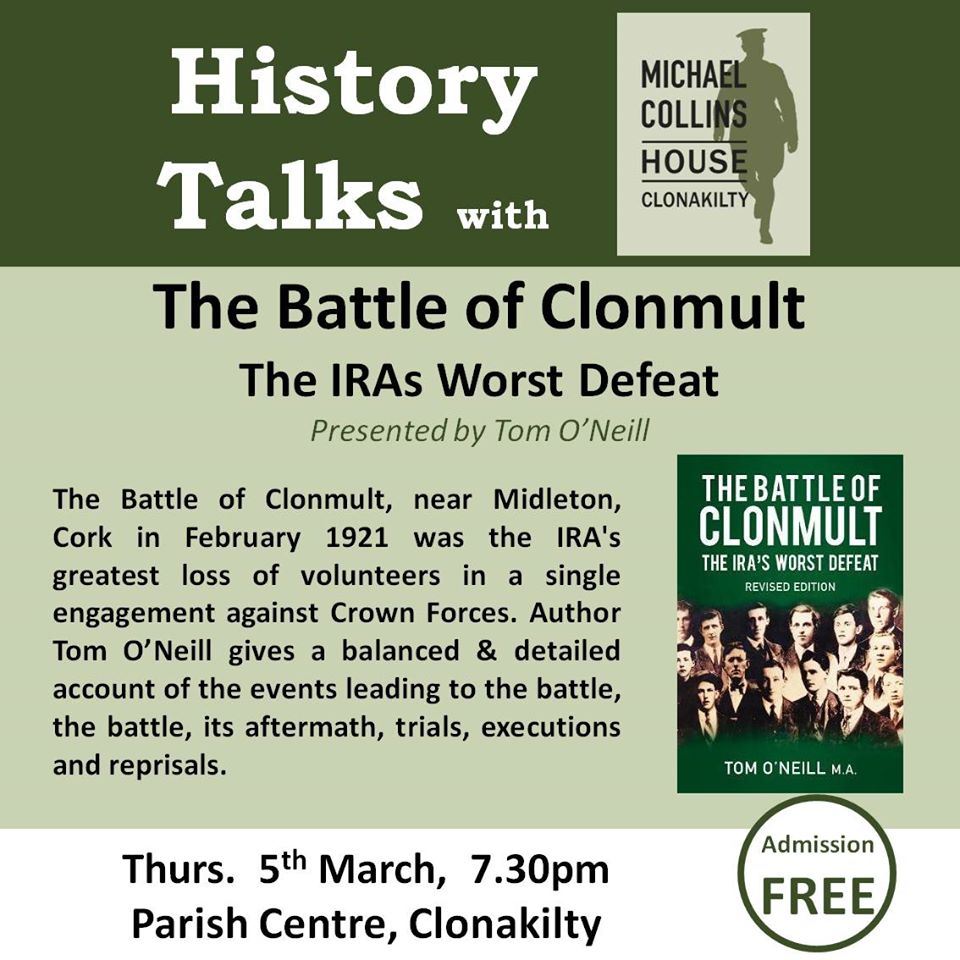 History Talks: The Battle of Clonmult

The Michael Collin House History Talks series returns this week with ‘The Battle of Clonmult: the IRAs Worst Defeat’ presented by Tom O’Neill.
The Battle of Clonmult or the Clonmult Ambush which occurred near Midleton, Cork in February 1921 was the IRA’s greatest loss of volunteers in a single engagement against Crown Forces during the Irish War of Indpendence. Author of the book of the same name; Tom O’Neill, gives a balanced & detailed account of the events leading to the battle, the battle, its aftermath, trials, executions and reprisals. History Talks takes place in the Clonakilty Parish Centre at 7.30pm on Thursday 5th March. As always, this is a free event and everyone is more than welcome to come along.