What if Collins had lived?

An article exploring the hypothetical ‘What if?

The titular question is probably the one encountered most in question and answer sessions at Michael Collins House. It has no definitive answer and any attempt to discuss its vagaries must be less of an exercise in history, and more of a flirtation with clairvoyance …

The women who helped shape and influence Michael Collins

The current and welcome upsurge in the writing of women’s history has started to make new demands of more traditional parts of the discipline. The central character of Michael Collins House Museum is not a woman. But he, like everybody else, was shaped and heavily ….

Eamon “Ned” Broy was born into a farming family on the edge of the Bog of Allen in Ballinure near Rathangan Co. Kildare. In later life he recorded his youth as having been influenced by the pervasive power of local landlords backed by a substantial British garrison in the nearby Curragh camp … 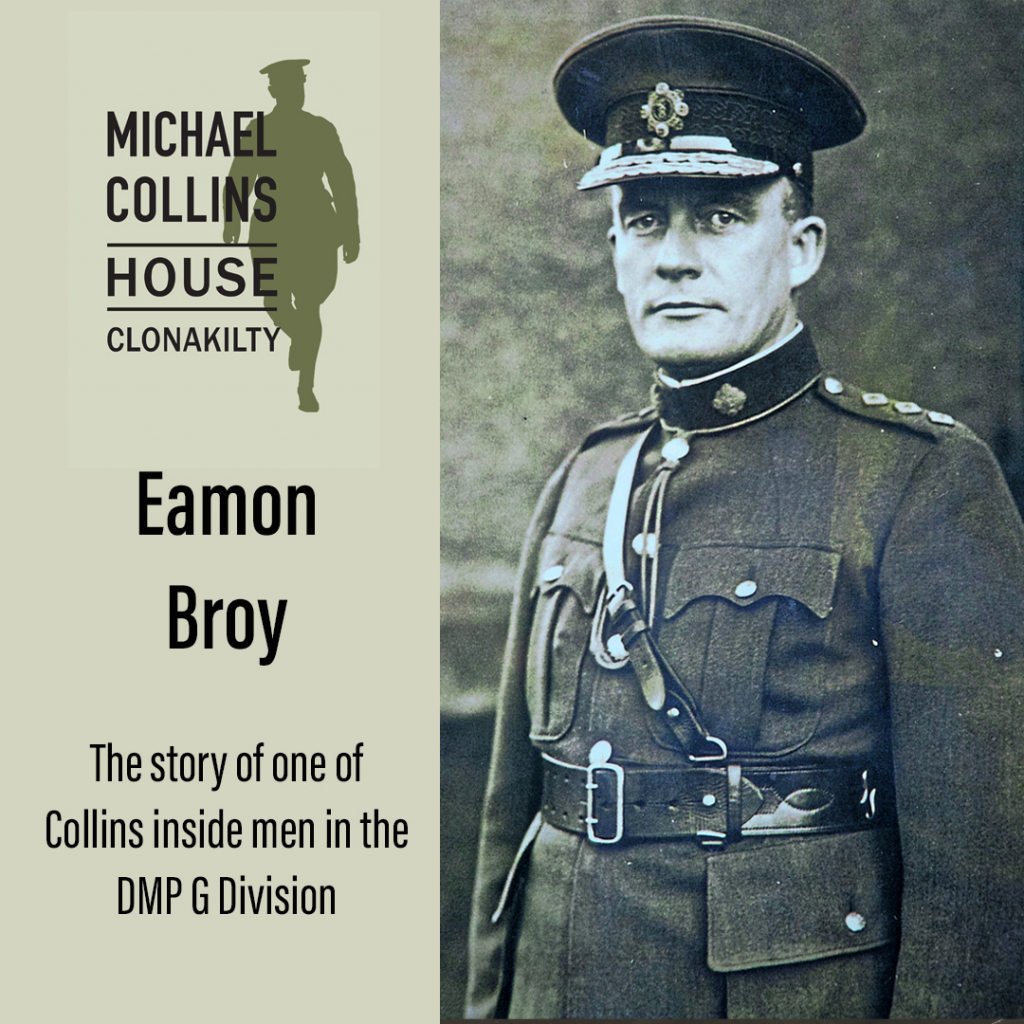 Michael Collins in the British Media

As the Irish War of Independence began to escalate the British media clamoured to get a new angle or scoop on the Irish story. A relatively unknown West Cork man, a leader of the ‘Sinn Fein army’ slowly began to become a focus of much of their attention…

As Ireland seems to move towards a historic coalition government between the political descendants of our civil war belligerents, it is worth noting a forgotten event that attempted to reconcile those two factions…. 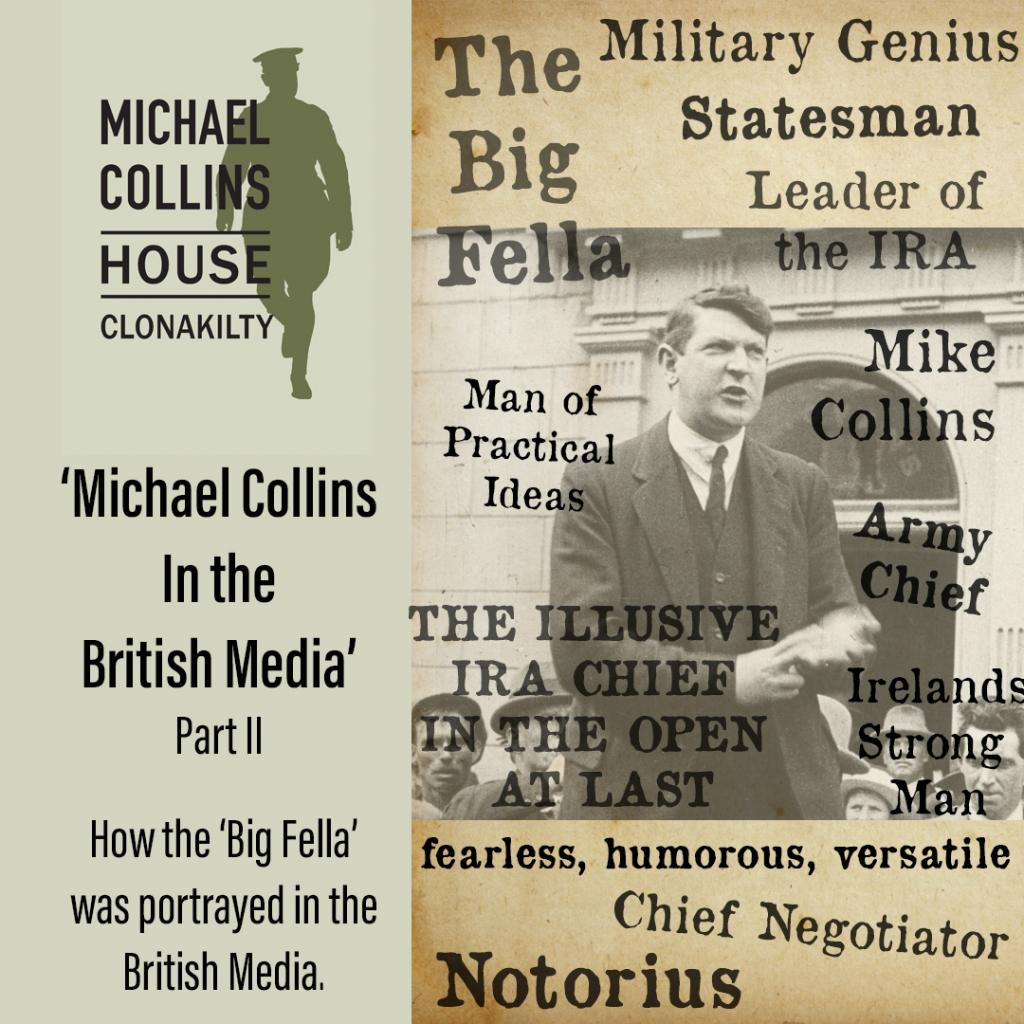 How the big fella was portrayed in the British media

Up until the truce of July 1921 Collins was a bit of an unknown entity to the media. He had been cast as a mystery figure, an indefinable force, an unknown quantity. His was a story that people wanted to read more of and probably more importantly for the media, one who sold papers. After the truce of July 1921 it was possible for Collins to come more into the public sphere….